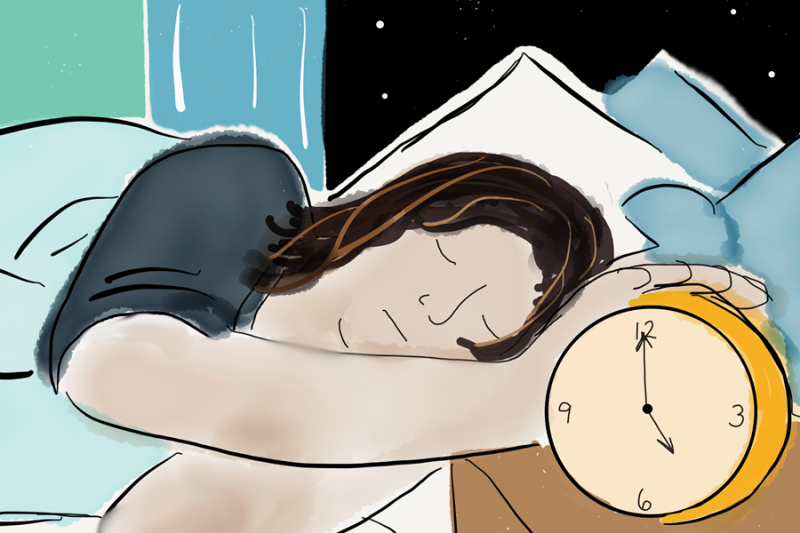 (It was going to finally make you feel like you had your sh*t together.)

You started full of hope and inspiration. But now, less than seven days in, you’ve missed two.

How did that happen?

You were so excited!

Morning routines are cited by the most influential people as the difference between those who reach their dreams, and those who do not.

So why can’t you pull this off?

The problem isn’t that you’re lazy or undisciplined. It’s simply that you are missing an important element that isn’t part of the morning routine itself.

If you aren’t getting the traction you want, here are some common reasons why:

1. You need this one small tweak in your evening routine.

The one tweak you can make to your evening routine that will make a huge difference in how well you sleep is to turn off electronics an hour before bedtime. Shawn Stevenson, the author of Sleep Smarter, blogs:

“The artificial “blue” light emitted by electronic screens trigger your body to produce more daytime hormones (like cortisol) and disorient your body’s natural preparation for sleep. Computers, iPads, televisions, smartphones, etc. are kicking out a sleep-sucking blue spectrum of light that can give you major sleep problems…If you want to give your body the deep sleep it needs, make it a mandate to turn off all screens a full hour before bedtime.”

Jeff Sanders, author of the 5AM Miracle and the FreeTime Formula, shares that the best morning routines begin the night before. “If you want to wake up early and literally bounce out of bed with enthusiasm tomorrow morning,” he writes, “then you want to make sure you end today in the best way possible.”

Spending time with a journal before bed is an analog activity that produces no blue light. Plus, it can help unload your head for better sleep.

2. That tracker on your wrist is just too complicated.

We are swimming in wearables and smart phone apps that keep up with our progress, but when it comes to tracking a morning routine, it doesn’t get any simpler than a pencil and a notebook.

One group effectively leveraging this simple method to track their morning routines are “Bullet Journalists” — the people who follow Ryder Carroll’s Bullet Journal® method of rapid logging for day planning. The method involves checking in with your notebook to collect your thoughts. Some have extended the method for habit tracking using a grid to see at a glance how often they have meditated, exercised, practiced, or flossed.

While wearables automate tracking, they can also overwhelm you with a ton of data. The simple pencil and paper method creates momentum because the more checks you make each day, the less you want to break the visual chain. It can also feel more peaceful and introspective to touch a notebook rather than a smartphone screen.

3. You’ve added in too many new things to your morning routine at once.

Starting a routine with 15 new things to do every morning is a recipe for frustration. But did you know if you add just one thing, and link it to an existing habit, your chances of success in maintaining it go way up?

Author, James Clear, of the upcoming book Atomic Habits, shares that the quickest way to build a new habit into your life is to stack it on top of a current habit. This idea — celebrated by a number of productivity authors — is called “habit stacking” because you stack your new habit on top of a current habit. So, if flossing is something you want in your morning routine, then you could stack it onto the habit you already have of daily brushing your teeth. Or, if you have a habit of feeding the dog, then you could stack the habit of drinking 16 ounces of water immediately afterward.

Clear explains that this is effective because your brain already has the structure built for it, “Because the current habit is strongly wired into your brain already, you can add a new habit into this fast and efficient network of neurons more quickly than if you tried to build a new path from scratch.”

4. Your why just isn’t quite big enough.

Transformation guru, Drew Canole, shares that it isn’t enough to want something. You have to know why you want it. He encourages his followers on FitLife.TV to get to a concrete “why that makes you cry.”

After all, when your soft, downy pillow is cradling your head, it’s hard to respond to the alarm, unless the reason you are getting up really matters to you.

Leo Babauta, the author behind ZenHabits.com, writes: “In order to push yourself into discomfort, you have to have a big motivation.”

In other words, you aren’t likely to get up early to run each morning just to lose a few pounds, but if you have an upcoming race to raise money for your sister who has cancer, that soft pillow won’t be able to stop you.

5. You forgot how easy and automated it all becomes if you can just hang in there for 21 days.

Common wisdom says that it only takes 21 days to build a habit — which means, the longer you do this, the more it automates itself. Heck, over time, what feels hard now becomes easy. Your old habits get overwritten with new ones until it’s just what you do. It starts to feel easy.

So, pull out a paper calendar and draw great big red x marks every day that you pull this off and know that you can hang in there because you know it won’t always be this hard.

You can do this.

No one gets it right every morning, so you can cut yourself a little slack. After all, it isn’t about the one day, it’s about the incremental benefits you get when the strings of days start to add up together.

It’s okay if it takes you a little time to figure things out and get it right.

Besides, the whole reason you started to tackle a morning routine in the first place is because you’re the type of person who cares about who you become.

Those other slackers aren’t just sleeping in a couple of days.

They never even thought about a morning routine in the first place.

Want to learn how to use a journal to support your morning routine? Subscribe to get the free ebook: 11 Journal Templates to Get the Life You Want

9 Ways a Humble Pencil Can Silence Brain Chatter
Next

Some of the richest people have gratitude practices. Should you?